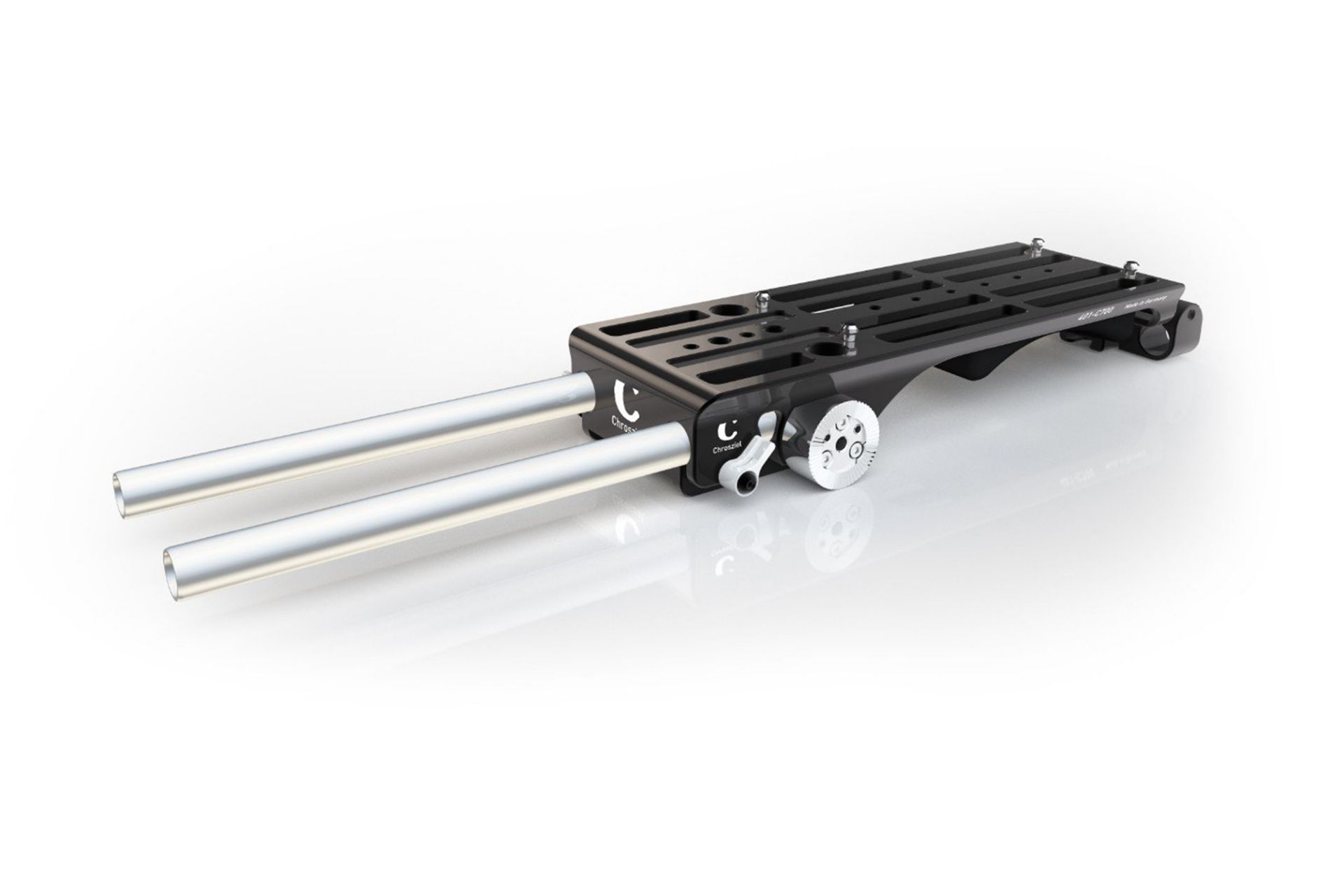 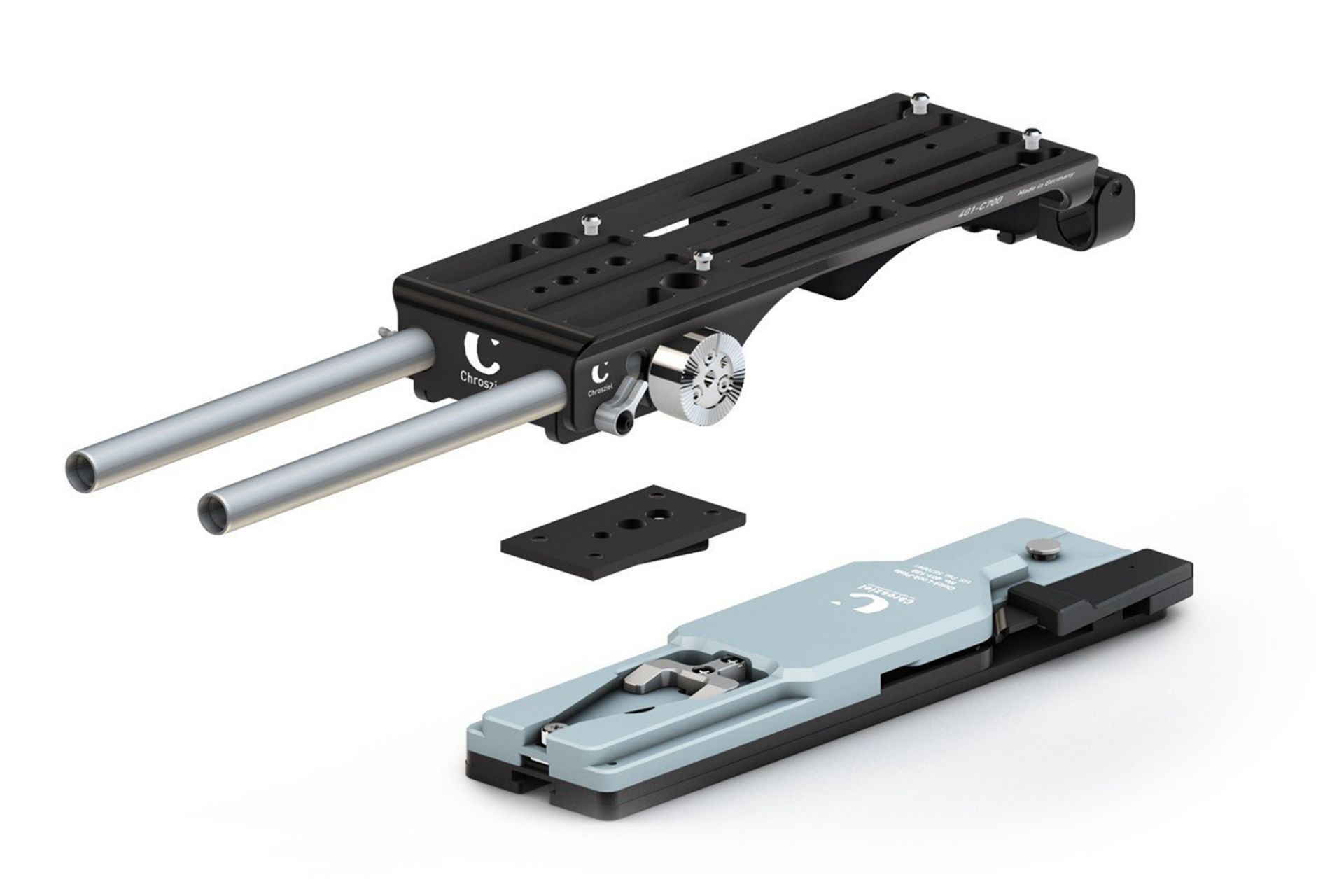 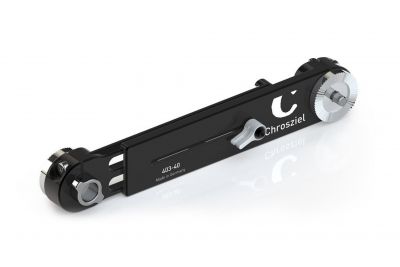 Secure hold with the Tripod adapter plate (401-FS7-5-03)
Our Light Weight Support (LWS) 401-C700 is currently delivered with a Tripod Adapter Plate (401-Fs7-5-03). The plate can be used in exchange with the already built-in V-lock plate used. Thus, the support – also without an intermediately mounted quicklockpatte – can be used directly and securely on a tripod.

Optional accessory Handgrip Extender 403-40
The new Chrosziel Universal Handgrip Extender (403-40) is the perfect complement for your Sony PXW-FS5 when shooting from the shoulder. The Handgrip has two Hirth Rosettes and is extendable between 175 and 250mm.
The Handgrip is universal and can be used not only with the Canon C700 but also with other cameras.

Optional accessory
Our high quality leather handgrips in a set: can be extended, rotated and pivoted, with rosette connection.
The Chrosziel handgrips (403-30) are available as an optional accessory to the Light Weight Support 401-C700. You own ergonomically designed handpieces made of genuine leather. The handles are also universally usable on all cameras and mount with the internationally used Hirth joint with M6 thread. 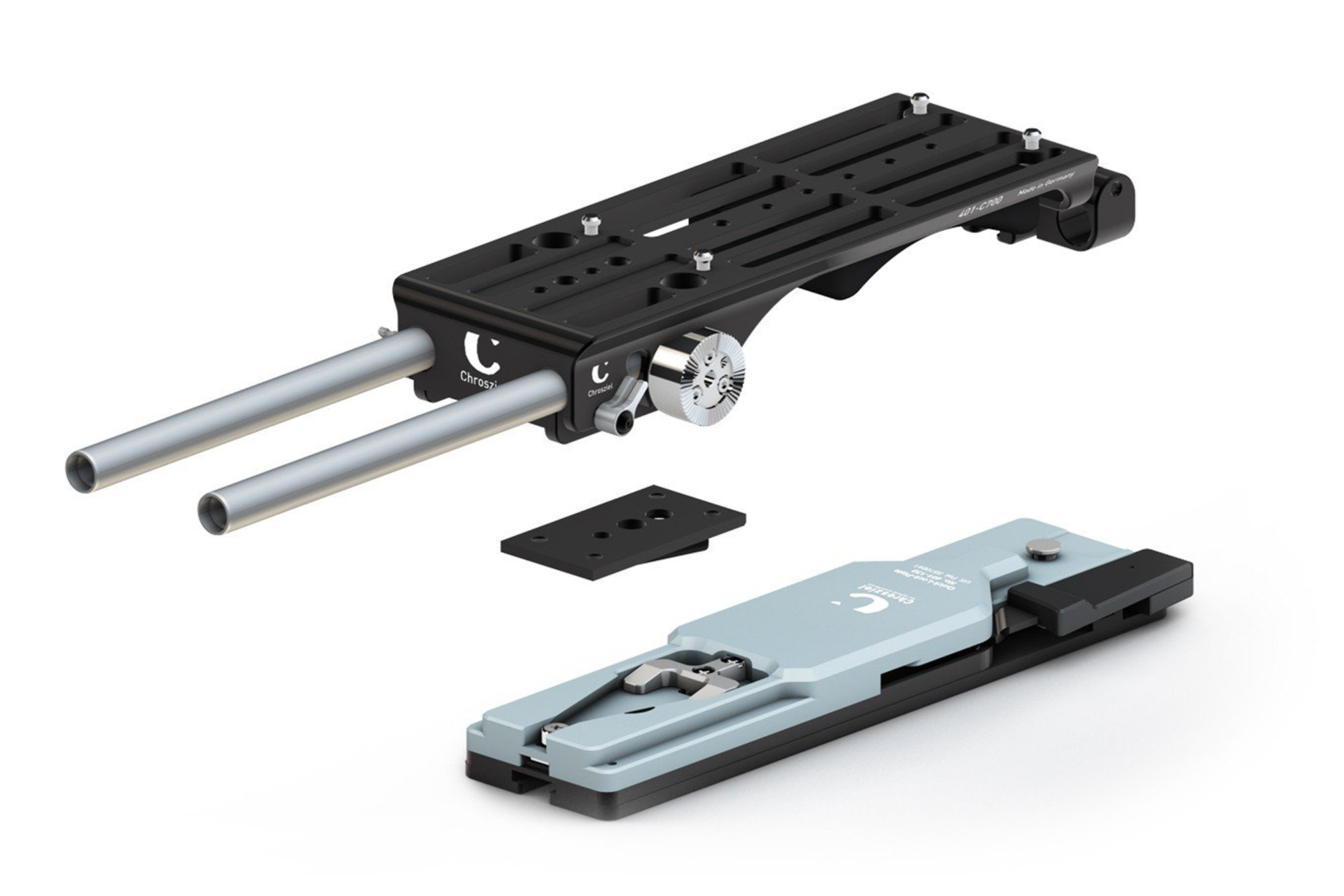